All, Early Stage Startups, Most Popular

Focus on Customers Who Believe What You Believe 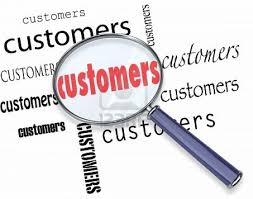 This post was written by guest blogger, Adam McGowan.  Adam is CEO and Founder of Firefield, a company that serves startups, entrepreneurs, and businesses that are looking to take their vision to the next level.

It was a Saturday afternoon in the middle of 2013. After a simple web search went awry, I found myself dangerously close to falling into a YouTube rabbit hole. We’ve all been there before: You use Google to research a digital camera, and within three clicks you’re watching a duck running from a shark-costumed cat on a Roomba (I’ve purposefully NOT included the link, but trust me, it exists).

Fortunately my web journey that day was a bit different. I began wading through a collection of articles and videos about leadership and team building. Not surprisingly, the authors and content weren’t particularly unique – just lots of regurgitated thoughts disguising minor tweaks as “new” ideas. But then I stumbled upon an older TED talk had never seen before.

In late 2009 Simon Sinek gave a satellite presentation in Seattle titled “How Great Leaders Inspire Action.” On its surface the talk seemed consistent with the rehashed topics I had been surfing through for the past hour, but I only had to get a few minutes in to realize that his message was unique.

Since I can’t do Simon justice, I’m not going to try. If you haven’t already seen his talk, watch it. In fact, watch it right now. This post will still be here when you get back. If you’ve seen it already, go watch it again. It’s 18 minutes really well spent. I can wait.

For those who want to save him for later, I’ll paraphrase a bit of his behalf. Simon coined the concept of the “Golden Circle”. It’s comprised of three concentric rings with the center labeled “Why”, the middle labeled “How”, and the outer labeled “What”. He contends that most companies work their way from the outside in, starting with a description of what they do, maybe offering details about how they do it, and rarely (if ever) hinting at the reason they’re doing it at all.

In contrast, few depict themselves from the inside out: Starting with “why”, elaborating with “how”, and touching on the “what” as more of an afterthought. In his talk, Simon pits Apple vs Dell in an anecdotal battle of inside-out versus outside-in. I’ll let you guess which company takes which approach.

“Starting with why” has various applications. It can motivate people to vote for you, join your company, volunteer for your cause, and of course, purchase what you’re selling. Simon puts a pretty fine point on that last one, repeatedly declaring: “People don’t buy what you do. They buy why you do it.”

After I watched this video for the first time, I thought to myself: “Well, that’s just common sense, isn’t it? When I go out and sell or market or hire, I already do this.” So I watched it again. And then I took another day to think about it, and I watched it for a third time. That’s when it really started to sink in – I had it wrong.

My problem was that I was confusing my passion and delivery for my “why”. I’ve never had trouble speaking to a crowd, pitching a concept, or being labeled the most enthusiastic person in the room (which isn’t always a compliment). Part of that’s just me, and part came from repetition and practice. But in the end, that’s all just style – just tactics (albeit sincere) for wrapping the prettiest bow on a box filled with a whole lot of “what”.

To be fair to myself, I wasn’t out there hocking snake oil. I was selling services that had real value and I always kept all my promises. There was certainly substance behind everything I was saying. The problem, however, was that the substance had nothing to do with me personally. Rather, it had everything to do with the physical “stuff” our clients paid us to do.

In that context, our “stuff” wasn’t very easy to differentiate from what everyone else was selling. I found myself spending most of my time with prospects negotiating price, addressing the competition, modifying terms, and convincing them of our merits as a provider of a service.

But then I began starting with why. I stopped leading with Firefield’s role as “strategic technology consultants” or “builders of web applications”.

Instead I talked about what I actually believe:

The list goes on, but you get the idea. If these didn’t resonate with someone, then the details of what Firefield actually does wouldn’t be of any interest either.

After I flipped things on their head, an interesting thing happened. Our sales cycle got shorter. More decisions started to tip our way. Clients became increasingly loyal and they drove more referrals. Our services and products, however, hadn’t changed at all. Neither had I, for that matter.

It could have been coincidence, but I think not. Our mini tipping point came when we started seeking out customers who truly believe what we believe. Since our philosophy isn’t shared by everyone, I’m pretty sure that decision shrunk our potential number of customers. But it also allowed us to engage much more deeply with our slice of the pie – and that made a believer out of me.