Should You Celebrate Email Unsubscribes? 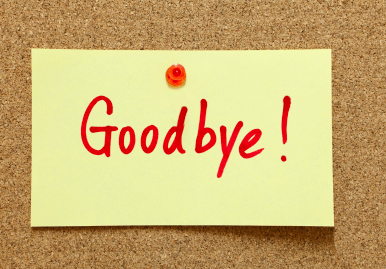 Eric Wittlake is a digital and B2B marketer with a background in analytics and online media. Based in Portland, Oregon, he runs the media group at Babcock & Jenkins. To read his original post on email list guides, click here.

Every time someone unsubscribes from my mailing list it stings a little bit. To get on my mailing list, you not only had to sign up, you probably had to dig the Mailchimp confirmation out of your spam folder to confirm your opt-in! That was an active decision. If you then unsubscribe, it means I didn’t meet the expectations you had. And that stings. If you are a blogger, I’m sure you can relate. But actually, if you unsubscribe today, I missed your expectations long ago. I just didn’t know it until now.

Unsubscribes by the Numbers

Recently I took a closer look at every recent unsubscribe from my email list. It was eye-opening. Unsubscribers were already almost completely unengaged. Emails were going out with every new post, but this group hadn’t been paying attention. In fact, the click rate over the last six months for people who unsubscribed was about 80% lower than for the email list overall. 80%! If you had a segment that was 80% less likely to respond to you than average, how much of your attention would that segment warrant? Answer: not much. But embracing that answer let’s you see the segment in the right light.

Interestingly, spikes in unsubscribe rates on an individual email were no different. Although it’s based on a small set of a records, emails with more unsubscribes don’t appear to include historically more engaged users. An additional anecdote that supports this: no one clicked a link in the main body of the email and then unsubscribed. It wasn’t about the content, it was because they had already tuned out and I simply didn’t know it yet.

If no one unsubscribed, but just tuned out instead, my list today would be about 30% larger, but the number of clicks would increase by less than 10%. Overall click rates would be 20% lower. Instead I would have a less responsive list and deliverability of all my emails would probably suffer.

Unsubscribes may still sting, but I’m seeing the other side of unsubscribes now, here on my site and in my work with clients. A clean email list of people happy to hear from you is far more valuable than a larger list that tuned you out long ago. So embrace unsubscribes and focus your efforts on continuing to meet (and exceed) the expectations of the people who haven’t tuned out your emails.